Watching Curling Beyond The Olympics

Many people are introduced to curling during the Winter Olympics, become enamored with the sport for two weeks, and then forget about it for another four years. And that’s OK! Unfortunately for some, they would like to watch more curling but don’t know how/where/when to watch.  If you’re one of those individuals, the following is a handy guide that breaks down the major curling events throughout a typical season and how to watch them.

Grand Slam Of Curling: This a series of events played in arenas throughout Canada, featuring the top teams from around the world, running from September to May. In Canada, games are carried on TV and the internet via Sportsnet, while elsewhere in the world streaming is available for a nominal fee.

Season Of Champions: The Season Of Champions is what TSN calls the main Canadian-centric events each season. Specifically, this refers to the Canada Cup each December, Continental Cup in January, Scotties Tournament Of Hearts (Canadian Women’s Championships) in January/February, and Brier (Canadian Men’s Championships) in February/March. In Olympic years, the Canadian Olympic pre-trials (Road To The Roar) and Olympic Trials (Roar Of The Rings) take the place of the Canada Cup. In Canada, TSN broadcasts these events on TV, while in the United States these events can be streamed via ESPN3 or the WatchESPN App.

TESN: Twelfth-End Sports Network (TESN) is the primary streaming service for US-based curling events. Besides streaming events such as the US Nationals in February/March, and the US Olympic Trials in November/December in Olympic years, this channel streams other bonspiels and even some league play from clubs throughout the US.

Broadcast Curling: Finally, in the US, broadcast curling coverage is owned by NBC. During the Olympics, curling is shown throughout the various NBC-owned networks (NBC, NBCSN, CNBC, USA, Olympic Channel). The coverage varies year to year, but NBC does broadcast games from both the World Women’s & World Men’s Curling Championships. Sometimes only medal games are shown, while other years round-robin games are featured as well. Furthermore, it also varies as to whether or not the coverage is tape delayed or live. Since it varies year to year, the best place to get information on broadcasts is from USA Curling. 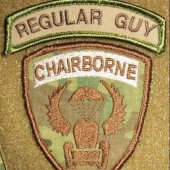 Golden! A Roller Coaster of Emotions